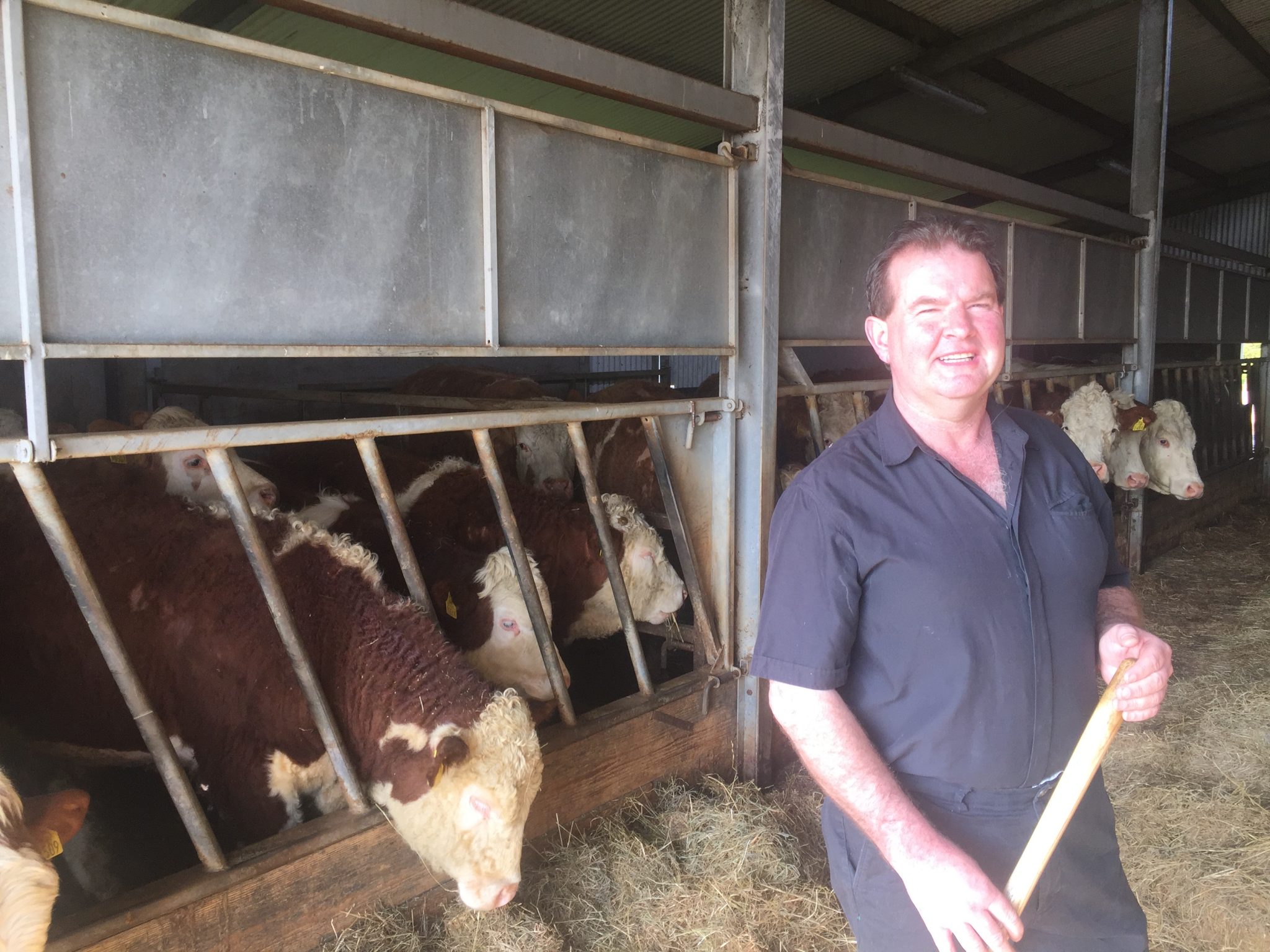 This is the first in our special National Volunteering Week series where we speak to seven volunteers about what they do, why they do it and what advice they have for others. Share your story with us on Twitter using #WhyIVolunteer and #NVW2019.

Patrick is a farmer from Hackballscross in Co. Louth. Mostly farming cattle, he manages the farm by himself. He recently discovered bats and barn owls in some of his farm buildings and contacted some conservationists to come and check it out. Now his farm is registered as a protected natural area.

Although Patrick is busy with the farm and has little free time, he still finds ways to give back. Last year, he raised over €34,000 for Temple Street at the National Ploughing Championships. Having seen an ad in the paper, he approached Temple Street about getting involved. When they asked what he thought he’d like to do, he suggested they fundraise at the ploughing and used his contacts to make it all happen.

On Day 1, Patrick could see that it might be difficult to get people’s attention with so many things going on at the event. He decided to organise some games and after setting up some skittles, he had queues of families looking to play and donate within a couple of hours!

Patrick helps out in other ways when he can like selling lollipops at the most recent Lollipop Day or helping out at the Southern Area Hospice in Newry.

With such a busy life and lots to contend with on the farm, we asked Patrick why he goes out of his way to get involved. “I get a lot of satisfaction out of it. It’s a social thing – I work alone on the farm all day and when I do this I meet a lot of different people and have a chat. It’s always in the back of my mind, I don’t have a lot of free time but when I do I try to do something. Even if I have to plan it a few months in advance so I know I’m free. If it’s something you want to do, you make the time.”