2017 marked the tenth annual Volunteer Ireland Awards. The awards have a long tradition of recognising, celebrating and thanking volunteers from all across Ireland. There has been a diverse mix of shortlisted nominees and winners over the last nine years. You can read more about the most recent edition of the awards (2016) below or use the menu on the right to view previous editions.

At the 2016 Volunteer Ireland Awards, Volunteer Ireland was delighted to announce that David McEvoy from Birr First Responders was the recipient of the Christine Buckley Volunteer of the Year Award 2016. See the full list of shortlisted volunteers and category winners below.

Amr Dawood and Max Doyle
One for Ireland 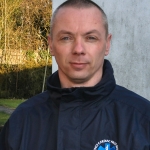 The three Volunteer Managers who were shortlisted for the inaugural commendation were: