History of volunteering in Ireland 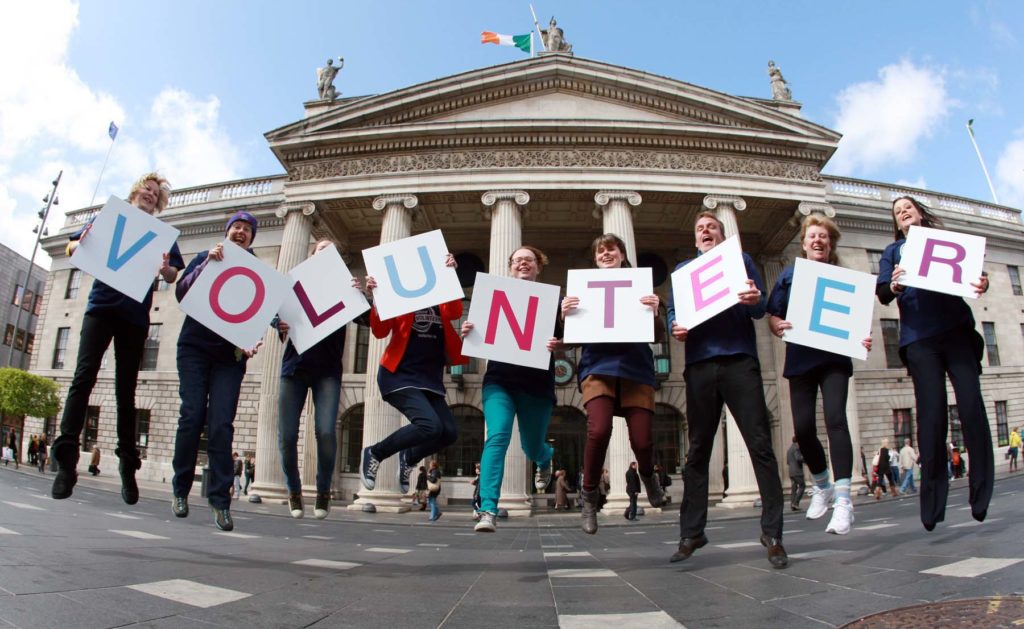 In Ireland, volunteering has developed naturally and passed down traditionally through generations. This culture of volunteering has always played an important role in the development and delivery of a range of services to our communities. The past twenty years have seen the development and evolution of a volunteering infrastructure underpinned by central government policy and strategy initiatives seeking to address the challenges of changing demographics, societal structures and regulatory environment.

Recognising the need to have a support system in place for both volunteers and non profit organisations, in 1993 the Tallaght Partnership commissioned a feasibility study to explore the need for a Volunteer Development Resource Unit for Tallaght. Following the recommendation that a volunteer bureau be established, a steering committee was set up to develop a plan, based on these priorities, for the formation of the Bureau.

The steering committee developed a three-year work plan, which has been the basis for the activities of the bureau from February 1999 to date. It also sourced funding from Comhairle to core fund the bureau including a manager’s salary in January 1999. A manager took office in February 1999 with the official opening of the bureau taking place in July 1999 thus launching the first Volunteer Centre in Ireland.

The Government’s 2000 White Paper on a Framework for Supporting Voluntary Activity and for Developing the Relationship between the State and the Community and Voluntary Sector (2000) published by the Department of Social, Community and Family Affairs described the community and voluntary sector as a continuum, and suggested that many organisations contained both community and voluntary elements. The White Paper recognised that it is not the role of Governments to control and be involved in every aspect of volunteering, but to put in place an enabling framework that strikes the right balance between nurturing volunteering and also having proper accountability.

In 2005, the first iteration of the national volunteering database was established. Funding for further Volunteer Centres was ringfenced.

The 2007 Report of the Taskforce on Active Citizenship looked at the wider landscape of people’s participation in the society around them through communities, neighbourhoods, political structures and workplaces. Volunteering through the community and voluntary sector forms an important part of active citizenship.

Following further development of volunteering and Volunteer Centres throughout Ireland, the upgraded national volunteering database, I-VOL, was launched in 2013.

2020 will mark a banner year for volunteering in Ireland with the planned publication of Ireland’s first National Volunteering Strategy which aims to support and guide volunteering into the future.