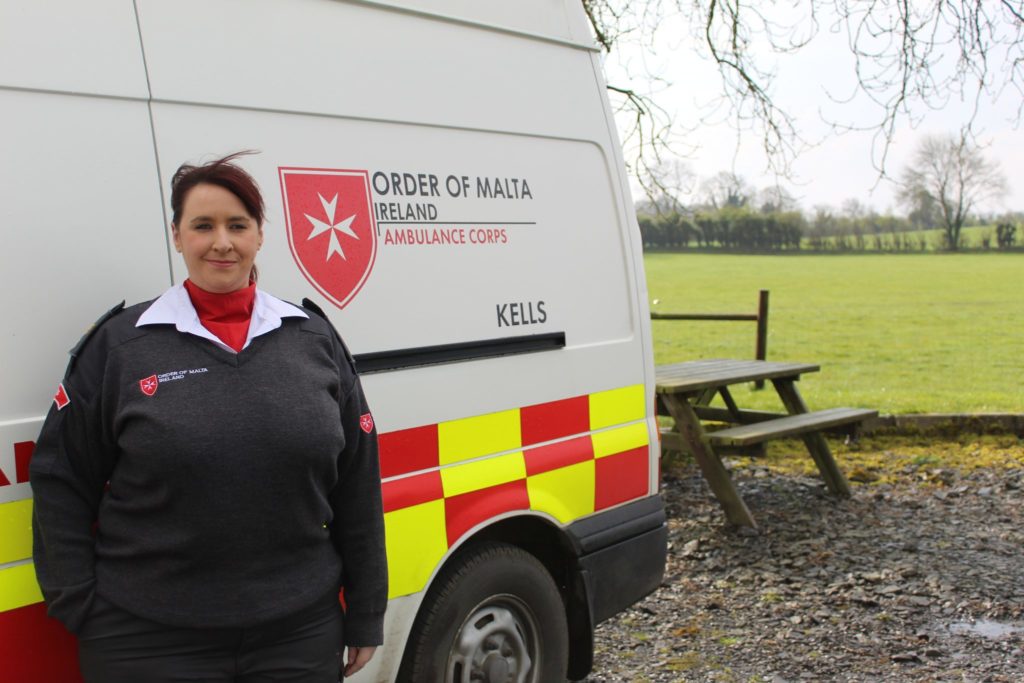 This is the second in our special National Volunteering Week series where we speak to seven volunteers about what they do, why they do it and what advice they have for others. Share your story with us on Twitter using #WhyIVolunteer and #NVW2019.

Gemma lives in Kells, Co. Meath with her husband Mick and 5 year old son, Dylan. She works from home full time with ebay.

Just over 10 years ago, Gemma’s now husband Mick gave a friend a dig out by doing a bit of driving for the Order of Malta Ambulance Corps in Navan. Out of sheer nosiness, Gemma decided to go along to see what it was all about. 10 years later, Gemma is now the Officer in Charge of the Order of Malta Ambulance Corps’ Kells unit. In that time, Gemma has trained all the way up to Emergency Medical Technician and taken on a number of roles with the organisation. Most of her time has been spent with the cadets (10 – 16 year olds), training them and supporting them to use theirs skills at smaller duties and events.

Gemma describes herself as an ‘accidental volunteer’ so we asked her why she’s still there 10 years later. “You just get the bug. You get to meet an amazing circle of people and they’re now my second family. I know they’d be there for me in a heartbeat if I needed something and I’d do the same for them, which is especially important on occasions where we deal with difficult scenes. There’s a real sense of camaraderie and we do have great craic too. You need to have a sense of humour to sit in an ambulance all day if nothing is going on!”

“There’s also that sense of giving back and making a difference. When we do transports to hospital appointments, sometimes that’s the only interaction that person has all week and just being able to sit there and listen to them is a real privilege. We can also identify other ways we can support people through our community care team and that feeling of helping someone is unbeatable.”

What would Gemma say to someone who has never volunteered before? “Pop along, have a conversation and a cup of tea. If it’s not for you, you can find something else but you’ve got nothing to lose by giving it a go.”